Settlers of Catan board generator

Way back in 2004, while a college student, I wrote a Java program to print random Settlers of Catan game boards on an old HP pen plotter that I found on campus. The plotter was so old that no device drivers were available for modern OSes. So, my code generated HPGL commands to send directly to the device over its RS-232 serial port. Here's the old pen plotter (I think it was an HP 9872B): 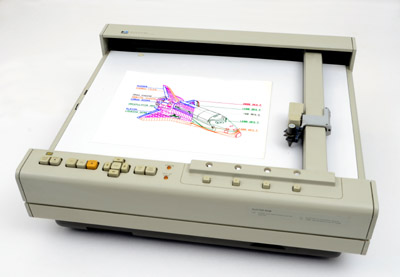 About ten years later, I adapted the code to generate printable postcript files (and to run inside a Java Servlet container). Due to its origins on the pen plotter, the output has a 1980s-style vector-graphic look.

Settlers of Catan is a very fun 3-4 player strategy game that uses a different randomly arranged board for each match. Normally, you would set it up by shuffling the hex tiles and laying them out randomly on the table. With the paper version, after printing out a board, you would mark your settlements with colored highlighters, creating a highly-portable version of the game that requires no setup time.

Source code is on GitHub. 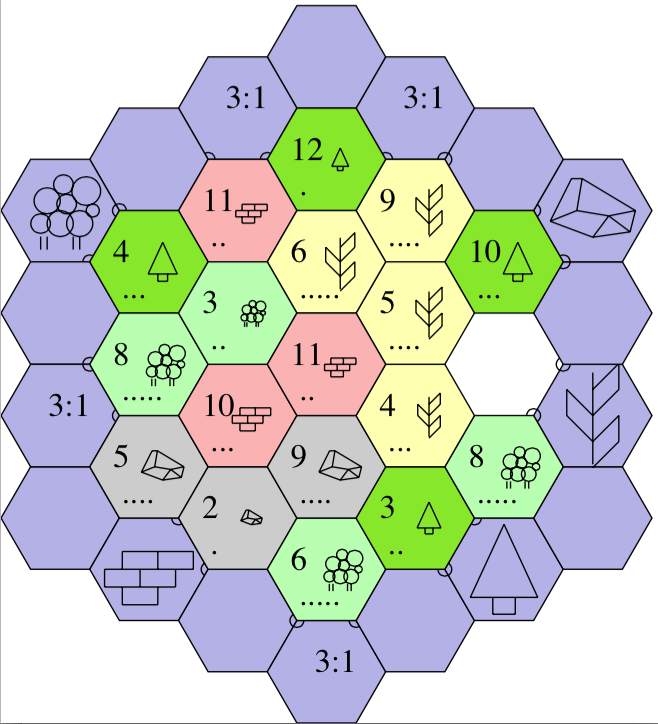